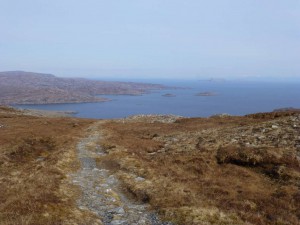 The Postman’s Path to Rhenigidale 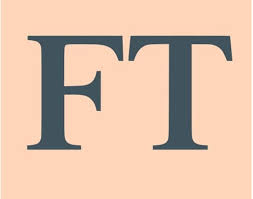 Most news and data that appear in the Financial Times do not concern the sort of business conducted in Rhenigidale. However, some four years ago the North Harris settlement and its surrounds appeared in an article in the FT which can be accessed. It assessed features of the history, location, facilities and appeal of a place that was not joined to the rest of the island by road until 1989. Until then, the main overland route involved negotiating the Postman’s Path, pictured here with views over Loch Trollamaraig, and the article focused on this particular journey. The path is in a good state of repair, having been made more secure by a team of workers who stayed in the hostel about three years ago and walked to and from work … on their own handiwork.