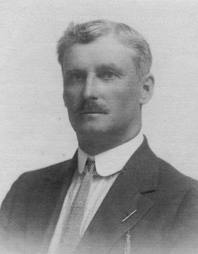 Angus MacAskill was born on Berneray in 1825, one of 12 children to parents of average size. He showed nothing abnormal in his rate of growth during a childhood, spent first in Stornoway and then, after the family emigrated, in Cape Breton Island, Canada. However, he started to grow exceptionally tall during adolescence and ten years later was 7′ 9″ – hailed as the tallest ‘natural’ giant in history. He was known  locally as Gille Mor, ‘Big Boy’. Angus had become a fisherman, but at 24 years of age he entered show business with P T Barnum’s Circus in the USA. He often performed alongside General Tom Thumb who, at 18, was 2′ 11″ tall. You have to travel to the Inner Hebrides to visit one of the museums devoted to him, at Dunvegan, Skye. The ‘Cape Breton Giant’ died in 1863, at his home in Englishtown where he had purchased and ran a mill and general store.