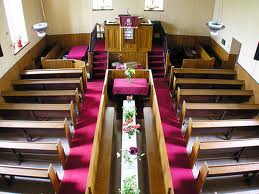 London is a financial centre; Leeds a call centre, Manchester a media centre and Howmore … an ecclesiastical centre. The first church was probably established here in the 9th Century, although the oldest of the surviving four ruined chapels dates back to around 1200. The remains of these buildings, of the Irish Celtic monastic-style, are here to be seen, taking a lead from Archaeology Hebrides. The most recent church building is no ruin, but a rare example of the Church of Scotland. For one thing it is situated in South Uist, a stronghold of Roman Catholicism, and for another it has a central communion table.